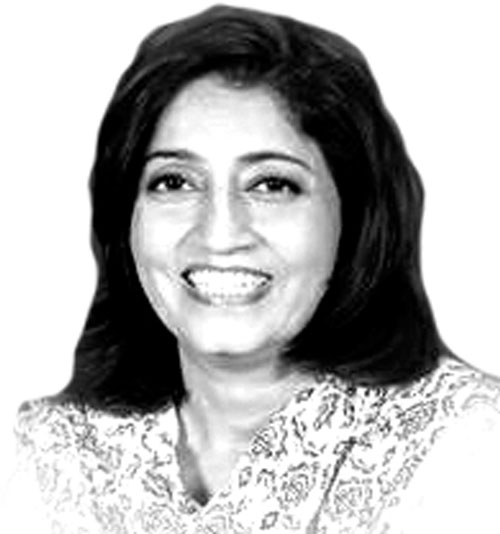 Biden’s Inauguration: The transfer of power and presidential inaugurations in the US are usually jubilant celebrations, in the world’s oldest democracy. However, this time it is very different, and not because of the Coronavirus pandemic. The inauguration after the infamous Capitol Hill attack has become a security issue and is being watched with bated breath globally. An unprecedented level of security is being marshalled for the 59th swearing-in ceremony.

Thousands of National Guard troops will be in place around the seven-foot non-scalable fence surrounding the US Capitol which is further topped with razor wire. The national park service will also implement public closure of National Mall from January 15th through January 21st. US defence officials say they are worried about an insider attack or other threats from service members involved in securing President-Elect Joe Biden inauguration, prompting the FBI to vet all of the 25000 national guard troops coming into Washington for the event.

This is extremely out of ordinary because it underscores fears that some of the very people assigned to protect the city over the next two to three days could turn against the state and present a formidable threat to the incoming president and other VIPs in attendance. Commanders have been warned to be on the lookout for any problem within their ranks as the inauguration approaches, army secretary Ryan McCarthy told the Associated Press. All 50 US states are on high alert for possible violence in the run-up to the ceremony. Not to mention that for the first time in more than 100 years the outgoing president Donald Trump will not be attending. A move that Biden said is; “good”, so much for a smooth, civilized, peaceful and transfer of power.

Vice president Mike Pence will attend the event. The unprecedented does not end here. Biden wants to address a list of policies right away. Most of the executive orders he is set to issue will cancel many of Donald Trump’s initiatives, for example,

All the steps are geared at damage control, course correction and image building both internally and externally. The President-Elect is also expected to send a new immigration bill to Congress, as well as focusing on passing a 1.9 trillion-dollar stimulus
plan to help the country’s economy recover from Coronavirus, if backed by Congress, it may alleviate some pain.

However, there are a lot of policies including some dealing with immigration and foreign policy where Biden administration is going to
struggle with the reverse. Some could take as long as two years. By then the complexion of both the houses may change.

It is not just that Biden framed his entire election campaign as a response to Trump presidency and Trumpism, it seems his entire presidency will also be spent on doing the same as he will be hugely constrained by domestic challenges. Stratfor 2021
predicts a constrained return to multilateralism during his presidency. Insularity is going to be the defining feature of 2021, where countries will be consumed by their own problems and they will be in short supply of global leadership, at least from the
west. This means Biden’s battle is thus not just for America; it is also for Europe.

The looming threat of China’s ascendency has not gone anywhere. Most analysts agree that the greatest geopolitical risk concerns relations between the two global powers, US and China. Whether the US will reemerge as the only superpower, and if its global leadership will be restored in its full form and manifestation is yet to be seen. China is moving fast and with assertiveness.

A truce with China will also not be easy. Pompeo has assured this by his last-minute adventurism on Taiwan’s legislation. There is also a new, more aggressive Iran on the horizon, that is now cultivated by both China and Russia. Recent acts by Trump
have only emboldened it more. So far it has exercised strategic retrain in responding to the provocations. Biden has to walk the tight rope of bipartisan support, both internally and externally, to bring about any significant shifts.

Trump’s grip and stamp over the Republican party are far from over. The Biden advantage of being in control of both the Senate and the House is more about good optics and removed from the reality of operational hiccups. Is Trumpism a liability for the
Republicans or a cash cow for future victories will largely determine Biden’s presidency.

Right-wing political forces are the new face of American politics, they are down but not out. The white supremacist groups firmly believe that Trump’s defeat is the
work of the American deep state. Many in the party are also convinced of it.

“A shocking number of Republicans remain under Trump’s spell”, wrote Jennifer Rubin, an American political commentator, in the Washington Post.

The bottom line according to Sir John Scarlet, the former spymaster of M.I.6, said that American’s adversaries are now “more assertive, aggressive, and self-confident than they were four years ago.”

Many of the threats were there in 2017, but they have escalated exponentially. As Biden takes over the white house, the variety and depth of threats facing the US from state and non-state militias, Jihadi terrorists, drug lords, criminal syndicates, and hackers are greater than at any time since the US become a superpower after the Second World War. Biden is confident, he told reporters last month, “And we will once again, lead not just by the example of our power, but by the power of our example.

Best of luck President Biden on that.
—The author is an Associate Professor of Social Sciences and Liberal Arts at the Institute of Business Administration, Karachi. She may be contacted at hbaqai@iba.edu.pk and www.humabaqai.com.